Children in Poland’s schools voted for the New7Wonders of Nature

Thursday was “World School Vote Day” in all schools and educational institutions in Poland and in Polish institutes internationally for the Masurian Lake District, the country’s Finalist in the New7Wonders of Nature. The initiative was supported by Poland’s Ministry of Education.

The World School Vote Day” was preceded by a press conference in Warsaw at which the organizers of the Masurian campaign revealed a series of plans for the “Final Round” of voting for the Polish Finalist, at home and abroad. An appeal for support was made to government and tourism representatives, and the benefits of the campaign for the region and the country were outlined.

Jacek Palkiewicz, honorary Ambassador of Masuria, welcomed the media with a video statement. “Participation in the poll is a national issue,” he said. “I thank artists, journalist and celebrities who have joined us. It is a spontaneous symbol of goodwill for this unique region, where you can really commune with nature, which is so rare in Europe.” 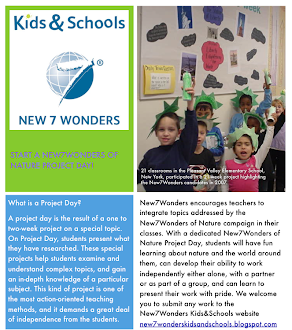